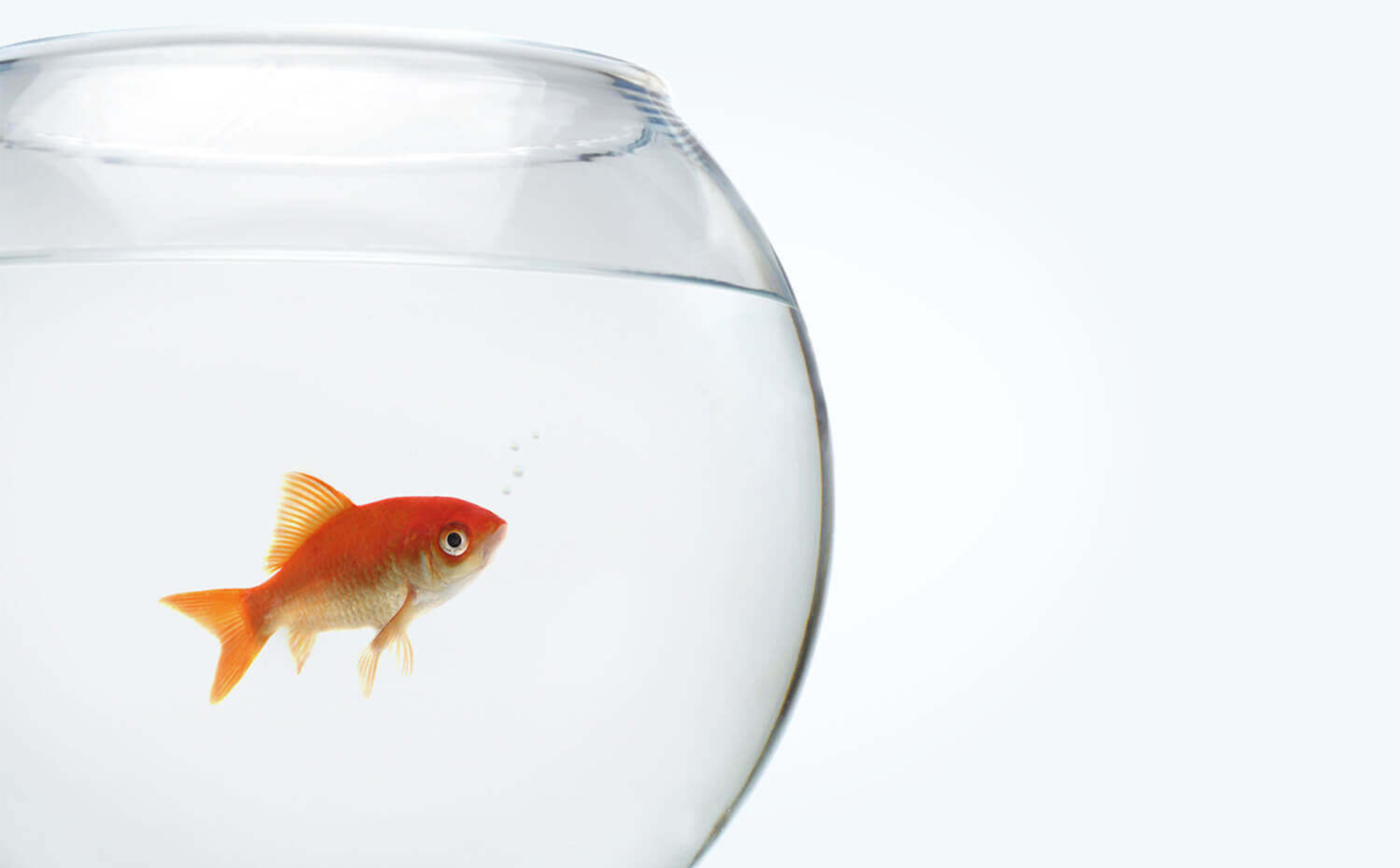 Your attention span is dwindling. Were you able to focus on that sentence without checking Facebook, Snapchat or Instagram? According to a 2015 study by Microsoft, humans have a shorter attention span than a goldfish. While humans can only maintain focus for eight seconds, goldfish can focus for nine seconds. Goldfish have us beat! I think it’s fair to say that today’s digital age is keeping our minds in the fish tank.

As a Copywriter, I am delighted and daunted by this statistic. In some sense, there’s freedom in the short and sweet. Crafting the perfect Tweet in 140 characters or less gives me some kind of cheap thrill. It’s like playing a game, and when done well, you won! But what’s happening to how much – or how little – we are valuing words, and those who craft them as a profession?

Let’s talk about taglines, which clever and catchy as they may be, have had to adapt to our incredible shrinking attention spans. Take Coca-Cola’s slogan from 1939, for example: Whoever You Are, Whatever You Do, Wherever You May Be, When You Think of Refreshment Think of Ice Cold Coca-Cola. You probably barely read the entire slogan without stopping to check your email. In 2009, Coca-Cola’s slogan had evolved (or “devolved,” depending on how you look at it) into two words: Open Happiness. Two words.

Brevity is beautiful, but it also stunts expression. I cringe at the excessive use of emoji’s used to communicate over text messages. Don’t get me wrong, I love the burrito emoji as much as anyone, but words are getting the short end of the stick. Many agencies aren’t spending the budget on hiring Copywriters. They assume if you can send an email, you can be a writer. Is the craft of the Copywriter becoming extinct? Just put me next to the Milkman and the Switchboard Operator.

It’s an iDevice, Insta-loving, Snapchat-sharing world we live in, and if “Content is King,” Imagery is King Kong. We love visuals, and words fall by the wayside. But for brands (and, in my opinion, human connection), words can be groundbreaking. Got Milk? Just Do It. I’m Lovin’ It. Think Different. These taglines were created most likely by Copywriters, even though it’s the brand that gets all the Pop Culture credit (which means the Copywriter did their job remarkably well).

The copy on your website, mobile app, e-newsletter and Facebook post is just as valuable as your Design, UX, Front End Development, Account Management and so forth. When I write copy for clients and they see how “good copy” can take their brand to the next level, their eyes literally light up. One of the oldest forms of communication is a new revelation to some.

Behold the Copywriter. Love words. Craft sentences. Whether it’s 140 characters, a case study or long form copy, don’t overlook the importance of your brand voice. Even if it’s only noticed by a goldfish.