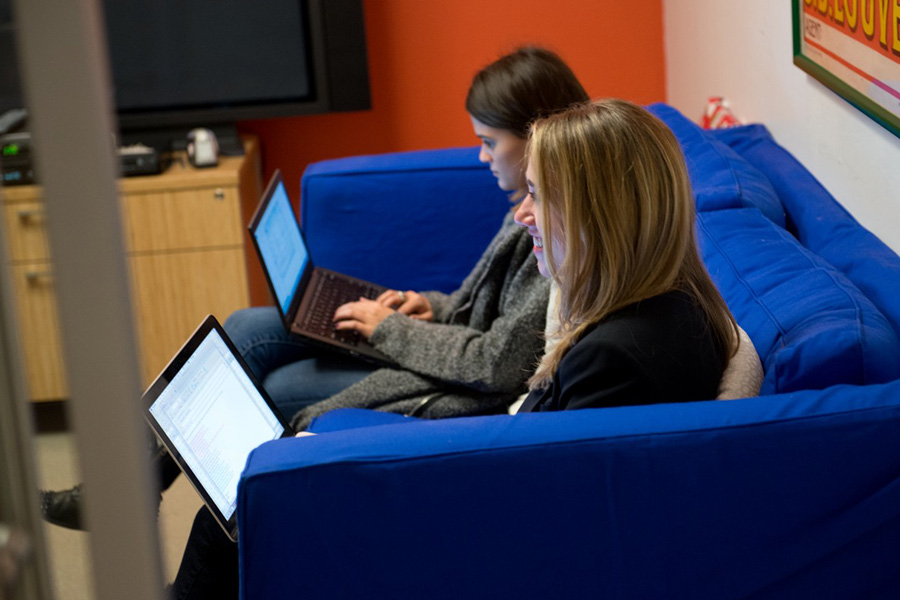 Millennials have been thoroughly analyzed for over a decade, culminating in Time Magazine’s cover story, The Me Me Me Generation, playing on the perception that Millennials are “lazy, entitled narcissists who still live with their parents”, while also highlighting how their values of collaboration and technology may “save us all”. But Millennials have now moved on to careers and young families and talk has turned to the next generation, affectionately named Gen Z.

Already, ideas about Gen Z are beginning to inform public opinion of a generation that is widely different from Millennials. Youth research consultancy Sparks & Honey says the members of this generation are hacktivists as the new norm, that they value diversity in new ways, they’ve grown up in a world where traditional gender roles have been challenged…with entrepreneurship in their DNA. This is the generation who talks in pictures, not words. Compared to Millennials, Gen Z is about togetherness, not tolerance, is more mature, and has greater humility as realists compared to Millennials. But are these new reports right about Gen Z? How is this next generation really different? And what impact are rapid advances in technology in Virtual Reality, Augmented Reality, wearables, 3D printing, and the Internet of Things having on this generation as they grow up with this technology?

Generation X, those born between 1965 and 1984, is The Personal Computer Generation. We grew up with the introduction of computers to the home. We saw the first Macintosh, the first IBM PC, and we didn’t practically use these computers until high school and university, where our primary use of the technology was as typewriter replacement. Although we witnessed the birth of the Internet, and lived through the AOL boom, we didn’t experience the realization of a truly, mass connected web until adulthood. As a result, the impact of the Internet wasn’t as profound on our generation. We were shaped more by our place in demographics — the Boom, Bust, and Echo — than by the personal computing revolution. As the children of the post-war shaped Boomers, our generation was the slacker generation, marked by Naomi Klein’s No Logo, Douglas Copeland’s Generation X, and films like Reality Bites, Slackers, and Singles. We were a generation that valued our independence, were weary of corporate encroachment on our culture, and the first generation to widely chase personal fulfillment in our careers.

Generation Y, or Millennials, born between 1984 and 2000–2004, is The Social Media Generation. As children and teens, they were the first wave of social networkers. They are both Digital Natives — born with wide access to the Internet — and the first socially connected generation. For the first time in modern history, the idea of “Friend” was literally redefined, and this group charted what it meant to communicate by text, not voice. It’s no surprise that the MySpace and Facebook generation have been called narcissists, as they are the first group to express themselves to the world with a persona and voice, managing their digital profile in the same way we manage brands. They don’t know a world without instant messaging as an ongoing digital conversation, and their desire for experiences over things has shaped a generation of new consumers intent on changing our economy in profound ways. This may have been the most empowered, I-can-do-anything generation in history… if it weren’t for 2008.

As teens and young adults, this group witnessed the largest global economic crash in history, and they suffered as a result. As the unemployment rate skyrocketed, particularly amongst 20-somethings, and entry-level career openings dried up, Millennials around the world were introduced to harsh realities that challenged their outlook. Overnight. Occupy Wall Street, Fukushima, unattainable victory in Afghanistan, the Boston Marathon bombing, Crimea, Ferguson, the Sony hack, climate change, ISIS: as Millennials reached adulthood they had to realize a world in flux, defined as much by the technology-fueled optimism of their youth as a freshly-formed, jaded socio-economic outlook.

“…as Millennials reached adulthood they had to realize a world in flux, defined as much by the technology-fueled optimism of their youth as a freshly-formed, jaded socio-economic outlook.”

Which brings us to Generation Z, The Mobile Generation. Some are calling this generation the iGeneration. Our kids to teens today don’t know a world without smartphones and tablet computers. As babies they watched videos and played preschool games on iPads, anywhere. As kids they collected virtual currency and played with digital toys with Webkinz, Moshi Monsters and Club Penguin. As teens, they are driving new forms of mobile communications, from Snapchat to Instagram, recognizing the power of the Internet being always on and always on-the-go. They are creating 3D models and printing on 3D printers in the classroom, textbooks are digital and school work is in the cloud, and their entire life is gamified — from banking to chores to buying a coffee at Starbucks, they are being offered digital rewards at every turn. Oh, and they’ll have virtual reality in the home next year. Our children now are experiencing the Internet in everything. A computer chip in every device in their lives — from home to the car to school to where they shop and eat — that it’s ubiquity is shaping the first generation to simply not notice the technology at all.

“They are creating 3D models and printing on 3D printers in the classroom, textbooks are digital and school work is in the cloud, and their entire life is gamified — from banking to chores to buying a coffee at Starbucks, they are being offered digital rewards at every turn.”

So the question is, how is this shaping this generation apart from the one before? Mobile and technology ubiquity is so advanced, and so rapid, it must be making a profound impact on this next generation. What’s the impact?

What’s in a Name

If there’s one thing we can’t agree on, it’s what to call this generation. Although Generation Z seems to act as the placeholder, many different researchers and industry experts are using different names to define this group under the age of 18. Authors William Strauss and Neil Howe, who are credited with coining the term for Millennials, have suggested the Homeland Generation, a reference to the post-2001 generation. Marketing firm Frank N. Magid Associates coined the name Plurals to reflect this generation as the pluralist generation as they are the most diverse of any generation in the U.S. But the name that seems to make the most sense for this generation so far is the iGeneration. It’s a nod to both the first generation to exist with the iPad and iPhone, and the generation that is growing up in a more international world-view. The idea is that the traits of this generation are largely formed by two distinct cultural factors: mobile computing, and a more diverse world.

“The idea is that the traits of this generation are largely formed by two distinct cultural factors: mobile computing, and a more diverse world.”

I believe the iGeneration name connects so well because we’re able to see it. We’ve watched toddlers tap a magazine or book, expecting a screen. We’ve seen children glued to their smartphones and tablets, making the TV feel like some ancient device, alien to their world. We’re seeing teens communicate with each other almost exclusively through emoticons. I’ve seen my own children connect to digital culture in every form — to Electronic Dance Music, to Minecraft and digital creation, and 3D computer generated movies. It’s this incredible, natural connection to digital culture that is simply so amazing with this generation. They are not only just users of the technology that was invented in their lifetime; they are rabid fans of it. This is the first generation where “screen time” had to be aggressively managed by parents, where sexting became a parental concern, and schools had to monitor cyber bullying. The iGeneration is truly molded by mobile computing.

This generation has been handed the keys to innovation unlike any before it.