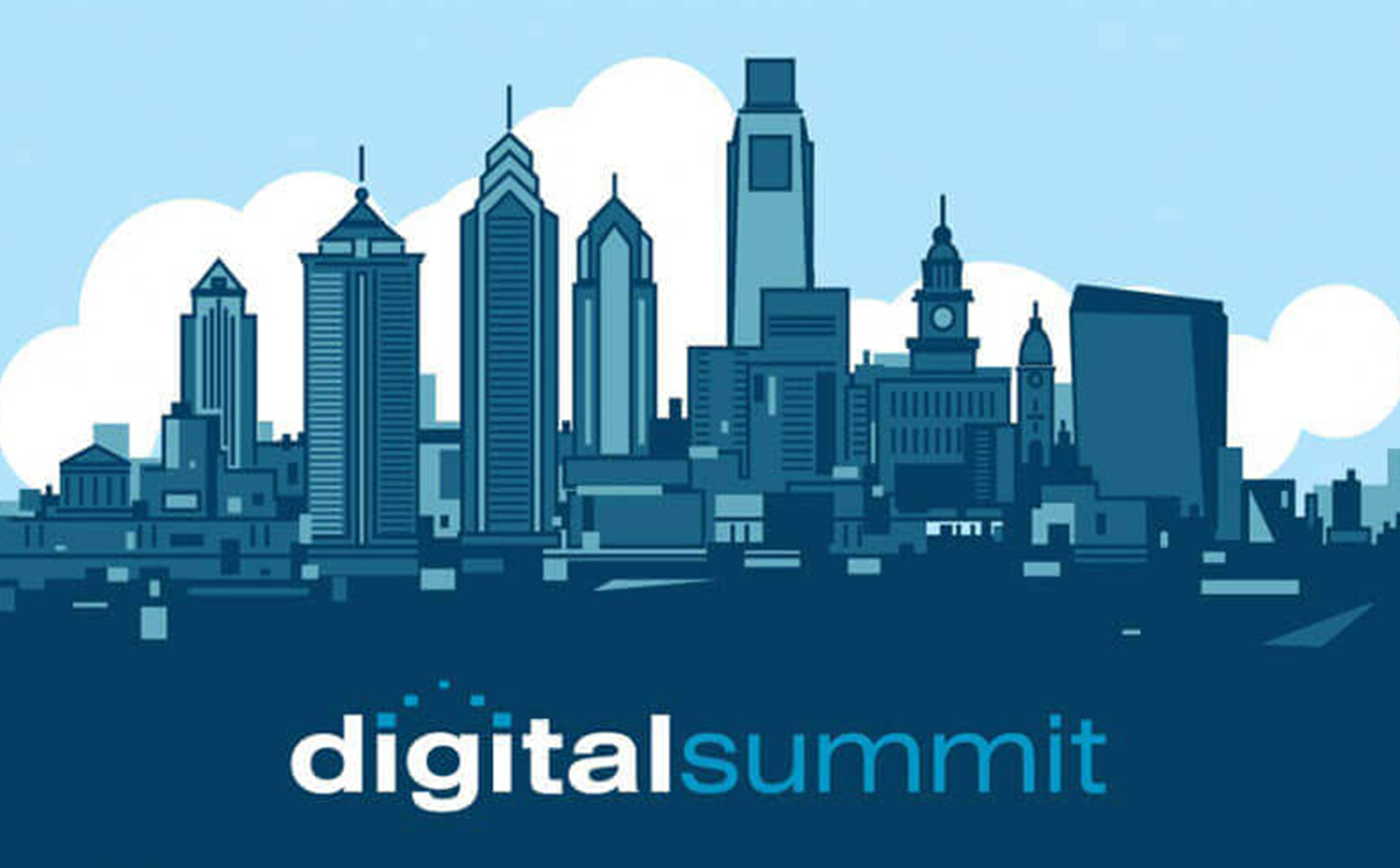 This year’s show kicked off with a bang. In Seth Godin’s true, larger-than-life, form he inspired us with an array of clever and impactful visuals to accompany his storytelling.

From Artificial Intelligence to Video Marketing, there was plenty of helpful content at Digital Summit, but this year it was Godin’s keynote that inspired me the most.

“If you want to reach everyone, you better make something that everyone wants.”

Godin talked about how the desire to make MORE continues to exist today, an idea that’s been prominent since the birth of the Industrial Age. We’re well into the Information Age now and MORE isn’t the solve when information is so abundant. Trying to reach everyone or making something that everyone wants is a daunting task. When we go along this path, the original impactful idea always gets watered down, becomes less unique, and then gets lost in the noise with everything else.

At Swarm, we begin our strategies with discovery. One of the steps in discovery is to identify the user need or problem that exists and overlay those needs with the marketing objectives. But, first we need to understand who the user is and create a persona.

This is where we take our new path toward a Minimum Viable Audience. Now, take the persona(s) that’s been identified and narrow it down even further. If you landed on “Millennials” at this point… Yikes, we’ve got a long way to go. Get deeper into the dreams, interests and behaviors of the demographic that you’ve identified. What are they talking about? Who are they influenced by? Why?

Now, take it even narrower. Are those normal people? Get rid of those normal people and find the weird people. Godin refers to this sub-set of your segment as the fringe. In the fringe is where you can find the weird people that are most likely to be passionate about what you have to offer. Passion transforms into influence, then influence transforms into organic reach! In order to reach the weird people, content and social strategies are critical to success. You need to cater to these weird people, make them believe in you, and empower them to spread the idea that you are orchestrating. Now we are taking a better stance of enabling people to do what you want.

Godin also talked about building an “engine” of ideas that naturally spreads on their own merit. This concept is very attractive but highly conceptual and difficult to follow. Of course, you can probably guess what everyone’s next question is…

How do we build that engine??

Godin didn’t say this, but if you found yourself asking that question, I think it’s the wrong question to ask. Instead, ask yourself why we need an engine? what kind of fuel will the engine need? Where does that engine need to take us? Who will be using the engine?

Focusing on the fringe of your audience and defining a Minimum Viable Audience will act as the fuel of your “engine of ideas.” It’s those weird people that will help your idea begin to naturally spread on its own merit.

The last key takeaway from Godin worth mentioning is about how measurement has gotten out of hand in our industry. As marketers, we often get stuck in the weeds somewhere in-between measurement and making clients happy. The reality is that most of the time we aren’t measuring what truly matters and then we pat ourselves on the back for hitting that KPI (Key Performance Indicator). But wait, what does the consumer you’re targeting care about KPIs? This is where the disconnect begins.

“Understand what people dream of, not what we want from them.”

At Swarm, we believe in measuring only what matters the most. Just like abundance in everything else, we can get distracted from what truly matters by measuring everything. When we measure everything, we find ourselves stuck in analysis paralysis and on a quest for some kind of holy grail. Then, we binge on A/B testing and optimization which take up a massive amount of time.

Before jumping into tagging a website or mobile app, think of a KPI that means something to your customer. Then, try to come up with ways to measure that first. For example, let’s say you have to increase downloads for an app. Some of the initial KPIs that come into mind are Downloads, Cost Per Install, etc. But what is unique about the app and how the fringe is using it is should be worth noting? What are people using it for? Would other people care to know more about that? Would the fringe enjoy knowing they could make an impact about something they care about? Perhaps the KPI could be something like number of problems solved for our app users. What would happen if you reported back to the existing users and potential users about how your app is making an impact into these people’s everyday lives? Not only is that a meaningful metric but it’s a tactic that might help bring in more users on its own merit!

To tie everything together in conclusion, this keynote at Digital Summit was a great reminder that creativity is what differentiates us, not how we scale and do MORE. It’s easy to say, but a tough habit to break, especially in an industry that cannot stop talking about artificial intelligence and cognitive technologies. So, before you throw down your next big marketing strategy make sure to focus on the fringe first and measure only what matters the most to your audience.