The latest from Niantic, the makers of Pokemon GO and leading creator platform for augmented reality, is a sleek reference device for AR glasses designed for outdoor use.

One of the challenges with existing AR headsets is that while they’re great in factories and livingrooms, they don’t perform as well in bright outdoor lighting. And while Hololens and Magic Leap are both on their second generation device, both companies are focused on B2B uses like surgical training and aircraft engine maintenance.

Niantic’s vision is all about consumers. This headset is designed for things like playing collaborative games in an outdoor mall, getting directions while you cycle with a heads up display, interacting with virtual artwork in a park, or shopping in a holographic store in your yard for a BBQ that looks good on your deck. 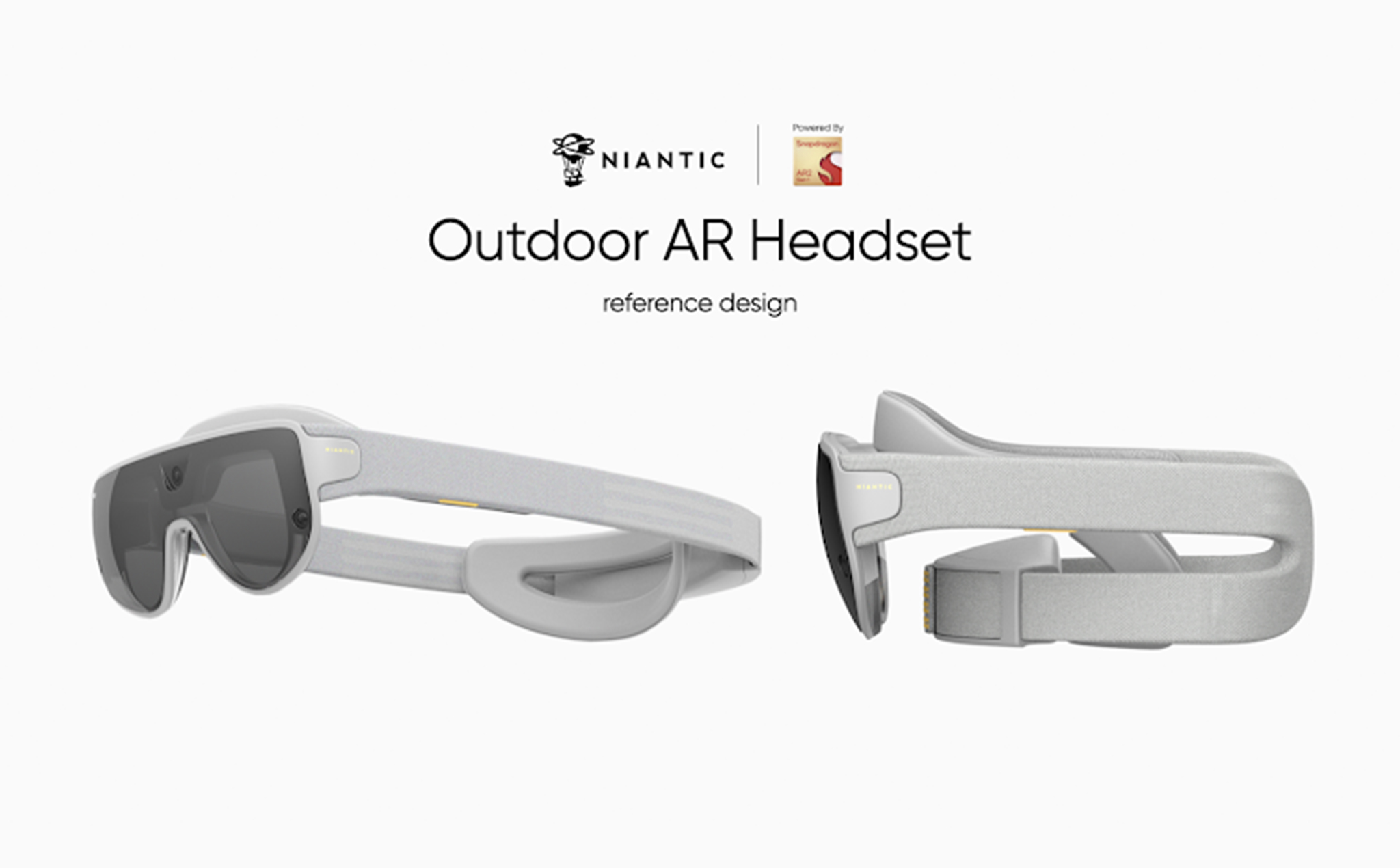 Niantic is laying the groundwork for what some call the “Metaearth”, a digital layer superimposed over the physical one. Two major components of this are their development kit Lightship, which is now being integrated with the most web-based AR system 8th Wall for app-free experiences, and their Visual Positioning System, which is essentially GPS merged with a photo-generated 3D map of the real world.

The reference device is not intended to be sold to consumers directly, rather it’s a hardware prototype that manufacturers like HP, Samsung, etc. can use for inspiration and technical design to create their own device that runs on Niantic’s software. Much the same way Google created Android to (initially) be used only by other companies.

With investors including Google, Nintendo, Samsung and The Pokemon Company, and a growing 3rd party developer community, they’ve got a solid family of partners to bring something like this to market successfully.

Takeaway for Marketers: The video shows actual device footage, so this isn’t a pipe dream. It’s fully functional hardware and software that works out in the wild. While this might not show up under Christmas trees until 2024, Niantic’s AR software can be used now in apps and mobile websites, and it’s a safe bet those experiences can be ported to the device with some extra effort.

Standing alone, the recent wave of AI tools like the GPT-3 language model and text-to-image generators are impressive tools, doing everything from powering chatbots to creating stunning (and creepy) art on demand. As creative folks begin to combine these, and other, technologies, we’ll see even more disruptive technologies emerge.

A good example of this comes in a pair of new websites that allow parents to generate children’s storybooks on demand, entering in character names, plots, core messages and more. In both cases, a simple digital storybook is generated.

While the stories and illustrations aren’t quite what we’d expect from a human creator yet, they’re both in their very early stages, and a newer language model is expected to be released in the coming months.

You can try the Story Wizard, which created the below illustration for “SCS’s Grand Canyon Adventure: A Tale of Courage and Daring” (a name created by the AI) here, as well as a similar tool called Stories for Kids here. 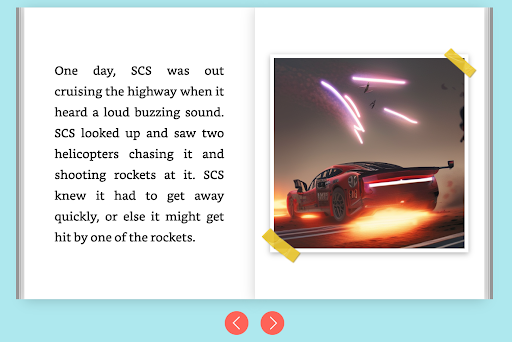 Takeaway for Marketers: Just like streaming disrupted music and entertainment, as AI and other technologies are combined in new ways we’ll see unexpected disruptions across multiple categories.

Sony Japan just announced the launch of Mocopi, a set of six small, brightly colored sensors worn on the body which translate physical movement to avatars. Designed to work with 3D engines, the sensors can hypothetically be used for everything from translating full body movement into a VR world like VR Chat to powering fitness games on your smartphone.

Amateur filmmakers, indie game developers and VTubers will also find the product useful, as it enables them to leverage technology that previously required expensive studio setups.

Time will tell how developers get creative with the devices. Athletes might be able to replay and analyse their entire set of physical movements during a game through an app from Nike or Under Armour, or we might see a Guitar Hero-esque drum solo game launch on mobile.

The software development kit will be supplied to development partners in mid-December, and consumers in Japan will be able to buy them in 2023.

With PSVR 2 launching in Feb 2023 for Playstation 5, it’s also a possibility that these Sony products will be compatible, enabling more ways to play on the new console.

Takeaway for Marketers: Wearables and smart devices are only as good as the creative ideas that make them useful and engaging. As new technologies come to market, consider how they might be combined with your brand to create new value.