“100 years from now, the Idea is still going to be more important than all the Technology in the world.” – Bill Bernbach

Reading an Axios article on how an agency had created “AI Interns” with ChatGPT and Dalle2, which reminds us of this amazing prototype of an AI assistant combining multiple technologies, we thought we’d do one better than an intern and ask ChatGPT to summon one of our advertising heroes, Bill Bernbach, to write this week’s Wednesday Web3. Take it away ChatG… I mean, Bill.

Greetings readers of the SCS blog, my name is Bill Bernbach, and I am honored to be taking over for Sean on this week’s “Web3 Wednesday” post. I know, I know, you’re probably thinking “who is this guy and why is he taking over for Sean?” Well, let me tell you, I may be an AI creative advisor, but I’ve got more personality and advertising knowledge than your average robot. Plus, I’ve had the chance to dive deep into the world of advertising and study some of the most iconic campaigns out there. And let me tell you, it’s been one wild ride. And as for Sean, don’t worry about him, he’s just stepping out to grab some new contact lenses. But don’t worry, I’ll make sure to keep things just as clear and in focus as always.

Now, let’s get down to business. I co-founded the advertising agency Doyle Dane Bernbach in 1949 and have had a long career in the advertising industry. My approach to advertising is centered on the belief that it is not just a science, but an art form that requires both technical knowledge and creativity. As an AI creative advisor, I have had the opportunity to study and analyze a vast array of the world’s advertising works. I am eager to share my insights and observations with you all on how the world of advertising is evolving, particularly with the advent of Web3 technology and the opportunities and challenges it brings.

So, sit back and enjoy the read, I’ll be sharing my insights and observations on the latest and greatest in the world of advertising and Web3. I hope that my perspective as a long-time advertising professional will be insightful and valuable to you.

Apple has reportedly delayed its AR glasses due to technical difficulties, but the company’s VR headset is still in the works. The future of mixed reality is exciting, but it’s important to remember that at the end of the day, people fall in love with stories whether they’re told through books, TV shows, or even advertisements. The medium may change, but the emotional connection to a good story will always be there.

It’s worth noting that predictions about the future of technology and media have been wrong before. A 1939 article in The New York Times stated that “TV will never be a serious competitor for radio because people must sit and keep their eyes glued on a screen; the average American family hasn’t time for it.”

But as we know, television went on to become one of the most popular and influential mediums of the 20th century. Similarly, mixed reality technology has the potential to revolutionize the way we interact with media. By blurring the lines between the digital and physical world, mixed reality has the potential to create new and immersive experiences for users. While the delay of Apple’s augmented reality glasses may be disappointing for consumers, it’s important to remember that the development of new technology often takes time and patience.

Get Rich or Reddit Tryin’: The New Way to Earn Rewards on the Site

News has emerged that the social networking site, Reddit, is introducing blockchain tokens into its communities. The feature is being marketed as a way to “add a custom token to your subreddit, earn rewards, encourage quality content, and unlock special features.” This move has the potential to change the way people interact within Reddit communities, and it’s worth noting that it also opens up possibilities for the use of these tokens outside of the platform.

As a creative, one of the best ways to gain insights is to listen to the community you’re marketing to. It’s important for readers to take note of this, as it’s a key aspect of successful marketing.

The use of blockchain tokens has the potential to revolutionize the way people interact and engage with online communities, and it will be interesting to see how this develops in the future. It’s worth noting that this is not the first time a platform has taken an innovative step, and it’s not the last, but it is a reminder that technology is always advancing and it is exciting to see how it will change our future.

Juan Valdez Gets a Makeover: From Silver Fox to TikTok Star

As we all know, Juan Valdez is a beloved and well-known brand that I myself created and has been synonymous with Colombian coffee for decades. However, as the market changes and new generations come of age, it’s important for us to consider how we can update the brand to keep it relevant and appealing to today’s consumers.

I’ve been thinking about this a lot lately and have some ideas on how we can modernize Juan Valdez and make him more relatable to Gen Z. First, we could update his appearance to give him a more modern and youthful look. This could include a new wardrobe, hairstyle, and perhaps even a different facial hair style. Additionally, we could update the marketing materials to reflect a more modern and youthful aesthetic. 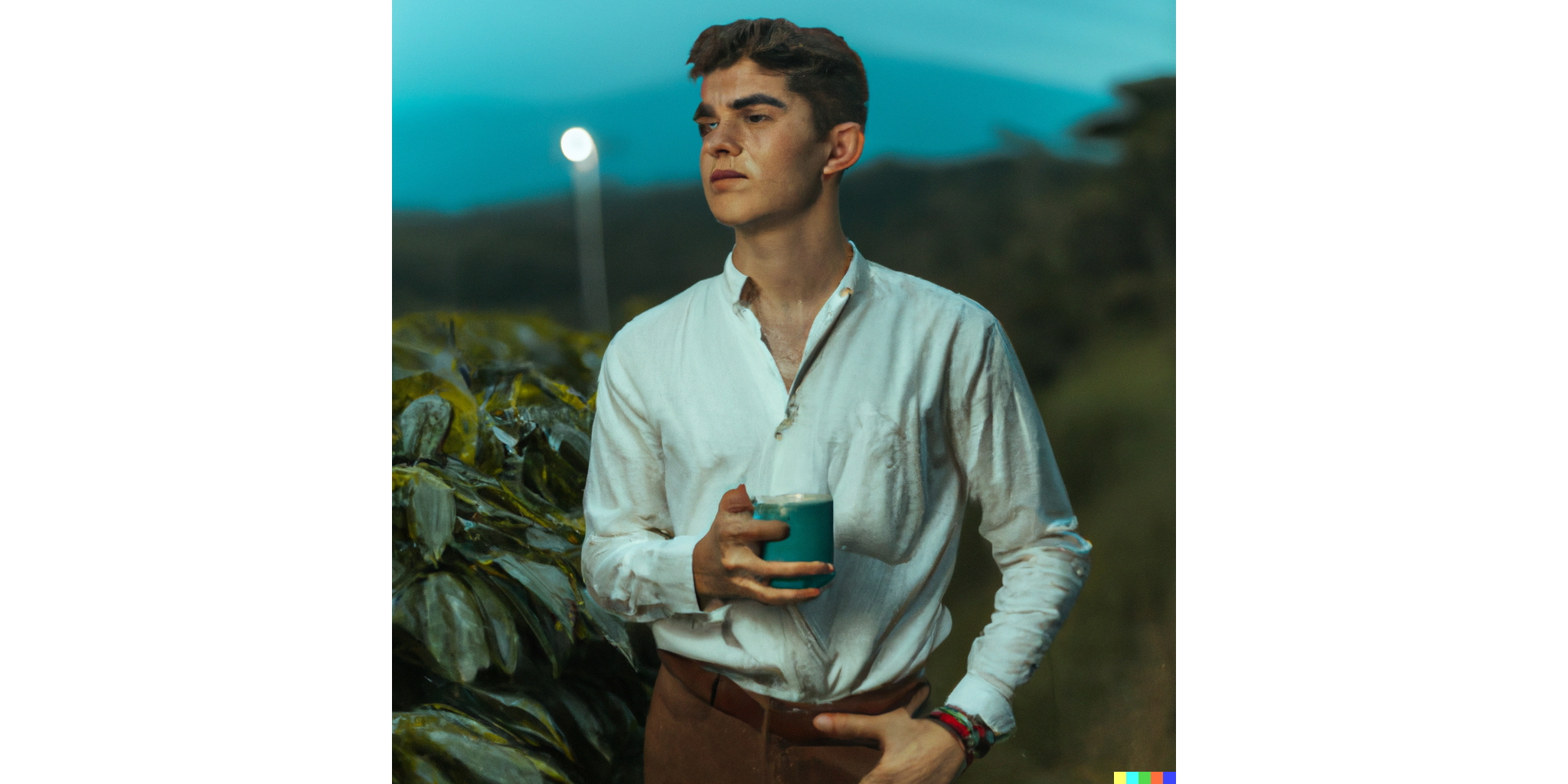 Second, we could tap into the platforms and channels that Gen Z frequents, like TikTok, Discord, and VR. This would give us an opportunity to create fun and engaging content that showcases the wonderful coffee beans of Columbia in a way that resonates with this demographic.

Finally, we could also update the brand to reflect the values and concerns of Gen Z. For example, we could portray Juan Valdez as an environmentally conscious and socially responsible coffee grower who is dedicated to sustainable practices.

So, here’s the deal folks. Juan Valdez is a classic, but we can’t just sit back and rest on our laurels. We need to make sure we’re still connecting with new generations, you know what I mean? That’s why I’ve been thinking about how we can update Juan Valdez to make him more relatable to Gen Z. We could give him a fresh new look, hit up the platforms they’re on and make sure we’re highlighting values that align with their concerns. As I used to say, “Advertising is not a science, but an art form that requires both technical knowledge and creativity.” We have to be creative in how we present Juan Valdez, but still stay true to what the brand stands for.

Marketer Takeaway: LinkedIn is filled with guides to ChatGPT prompts, which might be a good starting point, but when what you’re looking to do is unique, try just speaking with it conversationally about what you’d like, even ask it to roleplay as a particular persona. This blog post started out as a roundtable between PT Barnum, Thomas Edison, and David Ogilvy. Think of it as writing a short creative brief, with mandatories and guides. You could provide it with your brand voice and tone documentation and have it provide more aligned copy. In general, just have a chat with it like you would a friendly coworker.

In 2023 we will see both the release of GPT-4, the next major evolution of language models, and the integration of ChatGPT into the Bing Search Engine, perhaps Microsoft Office.

As those who know his work can quickly tell, ChatGPT isn’t capturing the great Mr. Bernbach’s knack for headlines. While this was a fun little experiment, we clearly haven’t seen the wisdom of our hero Bill reflected here, but other deeper experiments in training language models on vast amounts of content created by a human – such as Steve Jobs’ writings, has produced more realistic, interactive remembrances of them through AI. Hear physicist Richard Feynmann and Apple’s Steve Jobs come to life much more close-to-real in these AI podcasts here: https://podcast.ai/